Salsa and Your Health

NEW YORK – Looking to get in shape without going to the gym? Sonia Sotomayor’s got an idea for you.

“As Latinos, we do a lot of salsa, and that’s healthy,” Sotomayor said. If every Latin couple danced an hour of salsa after dinner, Sotomayor speculated, it would work wonders for the community’s health.

“What do you think they’re doing in the gyms right now?” She asked, referring to the rising popularity of zumba and other dance classes. “They’re doing salsa!”

Diagnosed with juvenile diabetes as an 8-year-old child in 1962, back when insulin-dependent diabetics had to sterilize their needles over boiling water, Sotomayor learned from a young age to make her health a priority.

But an alarming rise in childhood obesity in recent years makes it clear that many in the Latino community fail to exercise enough or eat healthy foods.  Latino children between the ages 6 and 11 are 1.3 times more likely to be overweight than their non-Hispanic white peers, according to a 2010 study by the National Hispanic Caucus of Legislators. The same study found that Latinos are 10 percent more likely to be overweight than non-Hispanic whites.  “We have children developing adult onset diabetes,” Sotomayor said. “Those statistics are going to limit our opportunities more than our poverty.”

Sotomayor encouraged the crowd to turn the pattern around, saying that nothing makes her feel better than eating healthily and working out.  “When my spirits are down, I exercise,” Sotomayor said. With a dark blue dress that revealed her muscular legs up to mid-thigh, it was clear she was telling the truth.

Check out one 9-year-old who's using salsa to keep in shape in the video below.

The Aerobic Benefits of Dancing Salsa 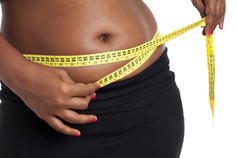 Like any form of dance, Salsa is a great way to socialize, have fun, and become more active. You can get many aerobic benefits from running or walking too, but unlike Salsa, those forms of exercise can get stale and leave you lacking the motivation to keep it up. By adding Salsa to your exercise routine, you can keep your exercise experience fun and fresh.  Salsa dance classes involve performing steps with a partner, so feel free to ask a friend or a spouse to accompany you to your lessons. You can both encourage eachother to work hard in order to get the health benefits. As with any form of exercise, when you dance Salsa, your breathing and heart rate increases. As a result of the physical activity, your body takes in more oxygen and delivers it to your muscles. This process can help you burn fat and eventually lose weight.  Just imagine how many calories the little boy dancing in the video above burned up!!!  Probably something like a gazillion right?  The good news is that you don't have to become a footwork master like him in order to reap the aerobic benefits of dancing Salsa.  Attending our class on Saturdays is a good start.  Furthermore, the aerobic benefits don't stop there. Dancing Salsa, can also decrease your blood pressure, lower your chances of having heart disease and get your body into better shape. So,.. now you have yet another great reason to dance Salsa.  See you on the dance floor!

Looking to learn how to dance Salsa or to increase your confidence on the dance floor? Attend Salsa Lessons in SA 12:00 Noon - 1:00  Every Saturday .

104 Lanark Dr.  San Antonio, TX 78218.  Classes are $15 per Person and $25 per Couple.  Basic - Intermediate Salsa Class.  The Restaurant will be open.   Please call to inquire about private lessons, group lessons, and special events.   - Thank you!